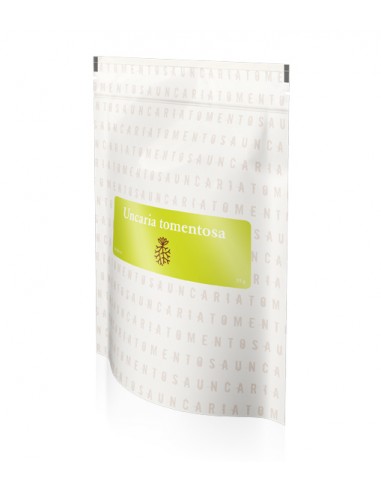 Uncaria tomentosa (in English known as Cat’s Claw, in Spanish as Uña de Gato or as Indian name Vilcacora) is one the most known medicinal herbs from the Peruvian Andes. Indigenous people of Peru worshiped this plant and named it Vilcacora (= sacred plant in Quechua language).
Vilcacora contains large numbers of alkaloids, sterols, amino-glycosides, terpenes, tannins, flavonoids, and other important substances. It has a boosting effect on the correct function of immune system and is beneficial in various types of cancer.

Uncaria grows in the lowland rainforests of Central and South America, primarily in Peru. The indigenous peoples have used this liana for at least 2000 years in the treatment of a number of health conditions. Uncaria was brough to notice of the western world only in the 1970s thanks to the activities of Christian missionaries. Information about miraculous curing of malignant tumors and evidence of extraordinary properties of this plant piqued interest of the pharmaceutical companies all over the world. Nowadays are effects of Uncaria proved in laboratory and clinical studies – it certainly is a plant with very strong medicinal effect.

Use in the following conditions:

Preparation and dosage: 1 soup spoon per 1 liter of boiling water, simmer for 25 minutes, afterwards let it infuse for 15 minutes and strain. 1 liter of infusion divide into three daily doses.

Effects: Uncaria tomentosa has immunostimulating, regenerative, anti-allergic, and strong antioxidative and anticancer effects. It is stated that it can improve immunity by 60%. Infusion contains alkaloids (important one is isopteridine with immunostimulating effect); phytosterols (primarily ß-sitosterol which is quite an important antioxidant); flavonoid epicatechin with strong antioxidative effect, too; and last but not least proanthocyanidins that improve resilience of capillaries. Infusion is able to inhibit the growth of cancerous cells by initiating apoptosis – the process of programmed cell death (PCD); thus it shows also antimutagenic effect and is quite an important substance in prevention of tumor diseases in people at high risk for the aforementioned diseases.

Contraindications: do not give to people after organ transplantation and after blood transfusion. Not suitable for pregnant and nursing women, children under age 3, hemophiliacs, insulin-dependent diabetics, people suffering from autoimmune diseases and people undergoing hormonal therapy.